Want to feel like a B.A.B.E. all day every day in your chosen career?

How about an acting mentor…

Do you want help to show you how to get to the next level in your acting career but don’t know what you need to do? Have you ever considered an acting mentor? Does it feel like you just get weighed down by the sheer number of things you have to get done to “make it happen” as an actor?

Angela sharing about mentoring: Acting mentors here in the UK are few and far between. I work in the industry full time and I love nothing more than helping others to work towards their personal acting goals and to achieve their acting dreams. And I’m based in London so I’m easily accessible (or by skype if you’re not local).

Over the years I have worked with over a dozen Casting Directors in the UK and Australia so I am very familiar with being a reader, with working in their offices, and with seeing and understanding how and why Casting Directors make the decisions they make with castings. I’ve also interviewed numerous Casting Directors, Agents, Producers and Directors as part of the UK Actors Tweetup which I founded over 7 years ago. Oh and I’ve mentored dozens of actors over the years!

Previously I’ve helped actors secure new agents or move agencies, write Casting Director letters that have helped them get seen for roles, helped actors get onto Spotlight, build their website, improve their showreels, fix their IMDb profiles and more. I work on the practical aspects of building an acting career…coupled with lots of the lovely fluffy stuff like affirmations, meditation, positivity and goal setting.

what you’ll gain during the sessions:

As your acting mentor you will get an uninterrupted hour of someone sitting with you and focusing just on you and your personal acting goals. Focusing on what you are working on; how you are working on it; what you want to achieve; and most importantly, tips on how to help you achieve it more quickly.

Sessions offered in person or via Skype.

what you won’t get:

I won’t teach you how to act. I can however provide you with names for some of the best acting coaches and teaching schools in the business, both here and abroad.

I won’t talk you up. I’m not here to coax your ego, I’m just here to give you a helping hand to getting to the next level, with real and very practical advice and ideas which are specific to your acting goals. Acting mentors offer bespoke plans and ideas about nurturing your career and getting you to the next level, with realistic goals, plans, and actions. You do the work that is planned out during the sessions, and you can’t not get results!

how can i hang out with angela?:

If you fancy a one on one, simply email me. I can’t wait for you to get in touch! Oh and I am an actor too so a session with me will not break your budget.

“Having Angela Peters as an industry mentor has resulted in me understanding the industry from a business perspective. This in turn has allowed me to quantify my strengths and weaknesses, successes and failures, profits and loss – and consequently has made me better at the *business* of being an actor. Angela’s insights inspire and focus you in equal measure, and stem from her 1st hand knowledge of how to get ahead in the business we call ‘show’. Highly recommended for neophytes and seasoned pros alike.”

“I really value our chats because you offer a perspective I don’t get from other actors. And it’s really

– Liz McMullen, London based actress in film and theatre. 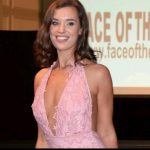 “Angela has coached me for four months now and she has really accelerated my success in an efficient, motivating and inspiring way. Her tools, wisdom and unique perspective on the industry have enabled me to book more work, sign with an excellent agent and be a more happy and excited actor! I am so grateful for Angela’s sessions and support and truly believe that with the tools she is giving me, I can achieve anything..”

by such a big city and a much larger industry than I was used to. Angela guided me through getting set up in London from Spotlight applications to new headshots to working out which agents I wanted to email. She made working in London seem not only possible but completely achievable. I’ve now worked in a number of short films, and theatrical productions as well as recently signing with Williams Bulldog Management. Angela gave the confidence to go out and throw myself into the London scene, I’m so glad she did and I totally still call her up for slices of B.A.B.E .wisdom.

– Michelle Zahner, Actress in the UK and Australia

My mentoring session with Angela has definitely been an important step in forwarding my career. Angela has a great understanding of the craft of acting as well as the business side of the industry. In a short period of time, she’s helped me visualize and pinpoint my strengths instead of focusing on how hard this business is. She has taught me not to be ashamed of ambitions, to aim high but be realistic and take the reasonable steps towards achievable goals. She’s also a lot of fun which I think is fundamental in a coach, especially because acting and everything about acting should be fun! Do get in touch with her and let her guide you. I thoroughly enjoyed it!

Once a quarter I also offer a ‘pay what you can’ session to one lucky reader. If you are absolutely desperate to meet up but are feeling that you can’t afford the session, why not ask about the ‘pay what you can’ offer. Acting mentors are so important and if you really need support, don’t wait to get started. You don’t have to commit forever, you’re just meeting for one coffee and then seeing how you go from there.

Angela is a professional actor who works regularly on television, films, commercials, voiceovers and theatre (IMDB here). She is also an experienced coach for young people and holds a Bachelor of Arts in Psychology at the University of Queensland (trivia: it’s the same University Geoffrey Rush studied at! YAY).

Angela created, implemented and ran many leadership and mentor programs for a number of years for young sales staff within corporate environments. Prior to living in London she was also part of a mentorship program with Optus, where she was mentored by one of the General Managers. Over the years Angela has engaged other business coaches to continue working on her own projects. And now Angela is hired regularly by actors around London and the UK and further abroad to work as their acting mentor and help them generate more work.

It’s all about finding how actors can have a more successful acting career.

If you’re looking for acting mentors in the UK, or beyond (I love a little cheeky skype) then please do get in touch. If I’m not right for you, then I can surely recommend some other great peeps who might be just what you’re looking for.