Your moment of truth has arrived…I think…

What is that moment of truth?

I had a fascinating discussion a few weeks back with a wonderfully talented actor about our “truth” as actors. Basically the conversation was about how far we go. Many years ago I attended Ecole Philippe Gaulier’s clowning course in Paris. The man is a genius, he really is. He is everything he’s rumoured to be – Inappropriate, challenging, funny and just plain talented. I had spent three years learning method acting before attending so for me a one month Le Coq course was almost a revelation in free acting thinking. But, my acting buddy pointed out an interesting moment for him. He had attended a condensed version of the course in London years later. And for him, he never found his truth. He got close, he reflected, but he didn’t attain it.

Which brought me to thinking about what this legendary “acting truth” really is. 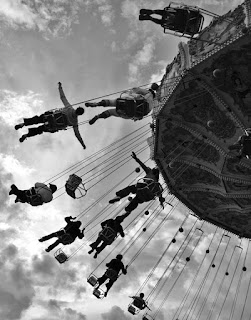 We are constantly searching for this alleged truth like we are a beagle looking for the Queen’s cucumber sandwich, yet I wonder sometimes if it is really there to find at all. Is there always a heavier more connected truth to be found? Admit it – surely you must have had acting moments of genius where something just worked and you weren’t even sure why. You were approached at the end of the rehearsal or show, bathing in a warm glow of beautiful praise but were grappling to remember exactly “how” that moment came about. Surely you just found it, without a heart wrenching hours of study into the psyche of yet another challenged and complex character… Or is that just me.

I earnestly believe that sometimes acting moments are just a fluke. Honestly. And at other times my parents will be pleased to know I have earned every cent of those precious dollars I spent learning exactly how to pretend in order to get my flawed character just right (oh the irony).

Do you recall there was a wonderful interview many moons ago with a talented actor, whose name escapes me right now (not a great story really), who performed in a film where he explained that the lead at time simply said look this way and do that? And he won an Oscar for it (please remind me which actor this was if you remember the story!). He was so humbled by the experience.

So where am I going with this A Streetcar Named Desire analysis? Simply that we should worry less about our truth and be more in the moment. That is the truth. It’s not rocket science. Acting isn’t an astrophysics degree though some might say it falls within close proximity. All you have to do is know your character, play within the realms of reality and then jump right out of that reality. Find limitless boundaries to what is imaginable and then find another option. The only thing you shouldn’t do is contemplate the “truth” of your character every waking moment. Doing that will have you falling faster out of a high rise than barbie realising plastic is flammable.