One of the biggest frustrations I had when I first moved to the UK over a decade ago, was that I had no idea where to go to find acting work. Sure I could google it, but that didn’t tell me which sites were legitimate and which were a total fraud (just like looking for an agent I guess). I had to painstakingly go through every single site I found on the first and second page of google, and find ones that had film and television castings, and that looked like they could be the real deal. Some were free, most charged, and in some instances, I couldn’t even tell if they actually had any jobs on them until I had paid the money (eeek).

It was pretty frustrating to say the least.

As an actor you want more castings, right? And you want to know where to get them, right? Der…of course! Because lets face it…there are a lot of sites out there, and not all of them are great, and not all of them are equal. And you don’t want to have to sit there for hour after endless hour finding the right sites, and putting all your CV details and headshots in, only to get to the end and realise it focuses exclusively on musical theatre actors who can tap (#epicfail).

So over here at B.A.B.E., to save you going through what I did, we put together the ultimate resource list…your guide to the hottest places to find auditions in the UK. If you sign up to B.A.B.E. you will automatically get it. And if you’d already signed up but missed this little treat, then click here to get it right now.

Let us know what you think in the comments! We want to keep providing as much value as we can for actors, and we want to give you as much free stuff as possible as well. So be sure to let us know if this is helping you get more work in your career. Or if there is something else you really would like to know. Maybe we can help! 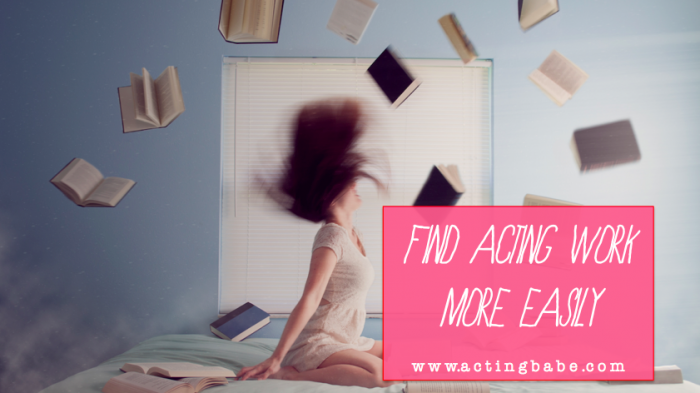