It’s pretty common to get on set and meet divas acting up. They don’t even mean to be but they are. The rest of the crew are frantically working on set to get this light sorted, to get that prop just right, to discuss this next shot…. And then in waltzes an (diva) actor.

It’s like they want a glowing sign behind them saying “here’s our star. They’ve arrived. Bow please.”

I swear I just want to sigh, roll my eyes, and walk away. It’s so bloody depressing to watch. Not because I’m jealous. Hell no. I’m a working actor, why would I be jealous. No, it’s because I am constantly shocked at why these mugs want to give the rest of us a bad name. And do you know what else I’ve noticed?

The bigger the actor, the less they do this. Boom! 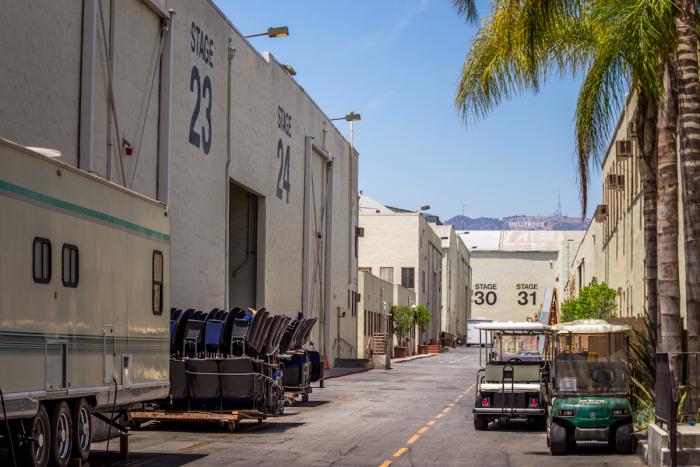 I’ve met some big names in this industry. Huge stars (#humblebrag blah blah). And they are so bloody down to earth and chilled. Now I’m not saying they account for everyone but in my limited humble experience, but they’re a pretty good cross section of British, Australian and American names. And they all share one common trait.

What is that you ask? I bet you can guess.

Come on, have a tiny think….

They are all respectful of others.

They all respect other humans.

They all give other humans the time of day and treat them as equals.

Now with all due respect, some of the bigger actors I know, I haven’t worked with on set, but some of them I have (and I’ve heard good things about some of the other ones). And they are all so goddamn polite and thoughtful and all round lovely, you wonder why actors ever get a diva rep at all. And for other friends who have worked with big stars like Tom Cruise, Russell Crowe and Meryl Streep, they too have said nothing but great things about them.

But hey, the simple fact is there must be a tonne of divas out there. Both who are hugely successful stars, and those just starting out.

And sadly, for the ones who are just starting out, one tiny moment of being looked after well on set and treated appropriately by the crew, and they’re off thinking they’re Lea Michele and can snap their fingers to get things hurried up. [Read here for some proper diva starlets in real life].

So where does it come from?

Why do some new kids (and old) get on set and suddenly think they should be “acting (up)” the way they do?

In our human psyche we are pre programmed to think we are not worthy. So many humans spend their lifetimes trying to be ‘good enough‘. Individuals and companies thrive on self help books, programs to fix us, merchandise to give us a new lease on life. Tony Robbins wouldn’t be in business if we just liked ourselves a little more.

Think about it it  for a moment. For some silly reason, from the moment we are born, we slowly start to be ruined. The perfect little human that we were when we were conceived, disappears in our struggle to survive in the playground, at home, at school and later in life at university and our future jobs. Our aspirations and romantic ideals are crushed by bullies in the playground and an unrequited love respectively. We learn that you don’t always get what you want, and often you get a lot of what you don’t want. And we learn that you need to fight a tough fight to be good enough. And that’s if you have enough self esteem to even think you can be good enough after that tough fight.

So take a new fledgling actor who is starting out, and give them the tiniest bit of

attention on set, and there are two ways it can go – One can be just fine, but the other can be disastrous [read that DIVA ALERT].

See you have a choice in life, every single tiny step of the way. You get to decide what you want your invisible tombstone to say. Would you prefer that it said ‘incredible wife, mum and all round fabulous lady who was a dream to work with‘ or would you like the invisible writing to say ‘absolute diva, who was a total nightmare to be around and we are so relieved we don’t have to work with them again‘.

I worked with an actor a few years back who was a total mare. We got on set and they didn’t even know their lines. They were the lead. And we spent every take waiting for them to run their lines before we could actually film. Then in between the takes, rather than centering themselves and getting their lines in their head for the next take, they used the room of people as an audience to talk nonsensically about the industry and their experience. They were diabolical too. Just awful. I left set feeling undervalued, tired, and determined never to work with them again.

And I get it. I’ve been on big sets before. I’ve had people following me around making sure my every need is catered for; that there is a chair for me to sit on; that the coffee is flowing. But take from that what you will. It doesn’t mean I’m a god. It just means they’d like to keep me fresh and comfortable until such time that they need me for my takes. Better that than a tired snoozing grumpy actor. But it’s NOT ABOUT ME. I am one tiny part in the whole puzzle. To make a great movie like LA LA Land or Moonlight, the crew, cast, director, writer, editor and composers must all come together and make magic. One actor alone doesn’t create that magic alone.

Next time you rock up on set, make a choice.

Make a choice to be the good guy. Make a choice to treat everyone else on set with the level of respect they deserve. Madonna isn’t better than anyone else because she is more well-known. She is still just a human. A person. A mother. A friend. A lover.

Be that to everyone you see. Be a human. A good nice friendly understanding human.