Now I don’t know Terry Berland personally but boy would I like to meet her.  This LA based Casting Director writes in the most delightful way. I am encouraged, inspired, and feel positive about the Casting Director relationships that I spend time building. And her latest article posted this week on The Networker is the catalyst for me writing my own version of why it is so important to work on our relationship…only from an actor’s perspective. 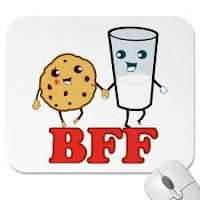 My journey started many years ago at a music gig in London.  Unbeknownst to me, one of the biggest Casting Directors in the UK was out at the same gig.  We both randomly met while I was selecting free postcards (to send back home) and started to engage in a relaxed conversation.  Next thing you know, he realised I was an actor, and invited me in the very next day to an audition at Spotlight for a major Hollywood movie. I didn’t even know who he was until the next morning when I googled him and saw his IMDB list. Wowsers!… *queue me nearly fainting*

During that audition he spoke very fondly of the musician he had seen the evening prior. He thought she was simply wonderful. And he mentioned he might try and take a producer friend of his, who was flying in that evening, to see her perform. The audition ended, I thanked him and left.

What he didn’t know was I knew someone in the band performing with the wonderful singer he spoke so highly of. A few phone calls later and I had the CD’s name on the door + 1 to attend for free. I popped back to Spotlight and scribbled a little note for his assistant. What happened next? He called hours later to say thanks for a fabulous audition and also to say a huge thanks for the free tickets to the event. He was delighted!

This was the beginning of what was to become a brilliant friendship with a CD that has spanned over 5 years now. Granted we didn’t become BFF’s overnight but he certainly never forgot me. Every time I was at an acting or networking event where he was, I’d make a point of saying hi, even if it was only brief. I never spoke about his projects, never asked him about upcoming movies he was working on, or anything related. I simply got to know him as a person. And he is a wonderful person!

Five years on and only now are we talking about anything work related that may or may not result in a job opportunity.

My second experience was much less of a story and involved me meeting a Casting Director on a bus… we talked for nearly 40 minutes before I found out that she was the CD for a major UK TV drama.  Needless to say over the years I’ve kept in touch, even if it was just a soft email or a phone call to say hi. Who knows when she might actually want to audition me for a role but it’s worth staying in the forefront of her mind if I can.

And here’s the thing (which Terry elaborated on so perfectly) – we just don’t know when they might want to call us up for something.  Just because we only attended one of their courses or were seen for an audition three years ago, doesn’t mean we are forgotten.  But why not take steps to propel ourselves in the right direction without being stalkerish.

Things we should do:

Things we shouldn’t do: 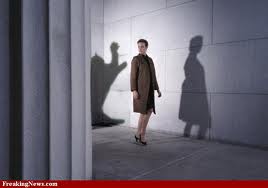 Right I’m out to try and meet a Casting Director on a plane while waiting for a loo… that can happen right?