Up close and personal with…. Erin Cronican

This month B.A.B.E. decided to get up close and personal with the lovely Erin Cronican.  Erin is an established actor, teacher and blogger and over the last few years has totally inspired me into a sometimes crazy frenzy.  Why? Well read on to find out.  Okay, well let me tell you a bit of the reasoning. Erin is inspiring because she is passionate, driven, dedicated, talented and also business savvy (as well as being a ridiculously nice person). She has created her own opportunities, she coaches other actors, and runs her own successful business etc…  Is there anything this modern supergirl actor can’t do?!

Following on is my interview with Erin.  Enjoy. 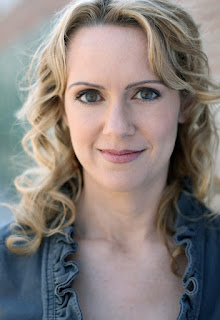 1) So I have to ask the typical actor question firstly, “when did you know you wanted to be an actor”?

I think I knew when I saw that there were auditions for Charlotte’s Web listed in the local paper (in a small suburb of San Diego) when I was 9 years old. I had always prided myself on memorization (it was kind of a stupid human trick of mine) so the idea of being able to act out a movie on stage was just too delicious. Also, I had recently seen a show at this particular youth theater. After their shows, the actors came out in costume and signed autographs, and I thought they were famous. I immediately decided that I wanted to be famous too.

2) And from that it led you to pursue your acting career and acting coach work in New York?

Haha! Yes, straight from Charlotte’s Web to New York City! Actually, this is a really great question. One thing I noticed right after I moved here (in August 2005) was that several other major influences in my life as an actor were New York based. I grew up a huge fan of musicals, especially those made into movies – three of which being: West Side Story, Annie, and (later) Rent. One day it occurred to me that I was walking around the same city streets that were talked about in these shows. Once I made that connection, other films & plays from my past came flooding to the surface and I felt this huge sense of awe.
The strange truth is, prior to 2005 I never aspired to live in New York. I went to school in LA and then settled back into San Diego after graduation. But the lure of a larger city called my name. I didn’t know if it would be Chicago, New York, or some place else. I just knew that I wanted to make a big life change – pick up, move somewhere brand new – before I got stuck with commitments in one place. And I thought to myself, “Why don’t you go as far as you can go, to the scariest, most demanding city in the US, and give that a try?” Almost from the moment the plane landed at JFK, my body felt like it had arrived home.

3) How do you find balance both working as an actor and then also creating opportunities for actors themselves?

It’s a juggling act, let me tell you. It tough to balance hustling for two careers at once, especially when one of them is a day job where you spend all day motivating others to do what you should be doing yourself! There are a few ways I suggest balancing this:

4) Which leads me to ask, is it a challenge to help foster other actors’ careers? Are you ever tempted to be jealous by their success?

Yes. And anyone who tells you otherwise is fibbing.  Actually, I prefer to use the word “envious.” I think of jealousy as a phrase which means you begrudge someone something and wish they didn’t have it. Envy is when you want something for yourself that someone else also has. I don’t begrudge any of my students’ success, but when I see one of my students book roles on TV shows, or get to the final 2 for a Broadway lead, of course I get envious and want some of that kind of success for myself.
It’s also a huge challenge not to get sucked down into the downward spirals that my students often feel. I’m highly intuitive, and can take on the strong emotions of those around me. This makes me a sensitive and giving coach, but it can also be a challenge to keep my own spirits up when I spend so much time in the depths of some students’ despair.

5) To-date what would you say has been your most successful or best role as an actor?

Oh wow, there are so many that pop into my mind for one reason or another. Truly, I think the most important role for my career has been Helena in Look Back in Anger, not because of the role was big or I got a ton of good reviews but because of the circumstances. Our theater company found out, on opening night, that an actor was not available for the second weekend of the show. (Say what??) We scrambled to find someone who had already played the role once (which would make filling the role easier). We didn’t find one, so I jumped in last minute.
I memorized the entire show, built a character, and learned the British RP dialect in 8 days, with no rehearsal on the stage or with the full cast until I opened. It taught me that I had the capacity to do anything I set my mind to – an amazing boost for my career mindset.

6) If you had your time over would you do things differently?

I don’t really believe in that, and here’s why. Everything that has happened in my life has led me to this moment, and each second that ticks by creates what will happen in the next moment. Life is too delicious and random to wonder what might have been – I just do my best to live fully and without regret. I think that’s what keep me stable and (somewhat) sane in this crazy business!

7) It was incredible to read about the recent play you put on and raised the money for in New York.  How difficult was this?  Do you feel the actual show was a success, and would you do it all over again?

Thank you! It was really, really hard. It’s difficult to put your artistic fate in the hands of others when you’re in need of funding, especially in the hands of friends and family. And then you feel this huge responsibility to deliver a product that they can be proud of. We raised $3135 through IndieGoGo plus another $1500 offline which allowed us to offer tickets to our first three shows for only $10-12 per ticket (down from $18 that is normally required.)
We’re about to do another campaign to close out the season and help launch us into Season 4 – an amazing coup for a young company [many theater companies never make it to a fourth year of programming].

9) Anything exciting coming up that we can look forward to?

Yes! We’re about to head into the Summer Rep, the last shows of the season at The Seeing Place. Those will run July 27-August 12. Announcements will be on http://www.seeingplacetheater.com. I’m also starring in a feature length comedy, Truth In Advertising, shooting this August.
And my coaching business, The Actors’ Enterprise, is still going strong! I coach actors privately (in person, or via phone/Skype) on the business side of our business, in the areas of marketing/PR, business organization, time management, goal setting, and audition/interview technique. I also design websites, postcards, business cards and other marketing materials for actors, all here. [Is there anything this gal can’t do!!]

10) And finally, if you were talking to your younger self about the years ahead as an actor, what would be your best advice to your future older self?

This business is all about relationships, so don’t take any of them for granted. Don’t underestimate the power of living a life you love, which will enhance your acting career immensely. Take care of your body and psyche so that you can handle the trials thrown at you in this business. And, most of all, don’t take yourself too seriously!

As a side note, you can check out the page for their theatre campaign here as well, and it will give you the chance to donate. Every little bit helps out their young indie theater make an impact in New York City.