GUEST POST: The Benefits of Being an Actor that Writes

That time again for a new guest blogger, and this week I would like to introduce Jody Medland who is a London based writer. I have known Jody for a very long time from the days when he dabbled in acting, to now, an established writer who has produced feature films, short stories, launched a publishing company and much more. I often meet actors who try their hand at writing while continuing to grow their acting careers. I do this very thing myself. And this week I thought it would be wonderful to hear from an established writer some of the reasons that it is great to write when you are an actor. Jody reveals his thoughts on this topic for all the B.A.B.E. readers out there.

The Benefits of Being an Actor That Writes 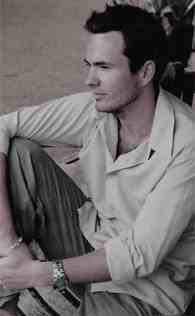 Why write when you are an actor?

Well… the reasons for this are rather limitless, really, but they each stem from the simple fact that writing is creation in its purest form.

By creating interesting blogs you will, knowingly or unknowingly, create the makings of a fan base. If you write consistently, then your fan base will only ever grow. This is important because, sadly, without a fan base, no creative can hold a sustainable career.

By creating good content on your web site, etc, you will be able to inform your fan base of who you are and what you’re about, feeding people’s desire for knowledge as they follow your career. Selecting what you should reveal about yourself is one of the most fun parts of self-promotion because there are endless ways to be portrayed and create hype.

By creating your own books, novels and/or screenplays you are actually putting yourself in a rather masterful position in the long run. The reasons for this are straight forward. If you happen to write a book that is deemed successful then adapting it into a screenplay is a rather natural progression. Even if you are not willing or able to write the screenplay yourself, only you have the power to select your project’s destiny, meaning a couple of well placed savvy contract clauses could see you starring in your own work, which worked out okay for Affleck, Damon and Stallone.

This is, however, the point at which I would like to rewind a little.

What has always struck me, and continues to stand out about actors, is that they are in such a rush to get to where they want to be. This is definitely one of the greatest differences I have observed between actors and writers, as writers are often better equipped with long-term plans.

I guess this makes sense in that writing is, in itself, a rather methodical process and so our brains are probably geared more towards this style of thinking. We then develop and nurture that mindset as we realise we may have to write 10-20 books and/or screenplays in order to get where we want, but we do it with the faith that after our first big success, our back catalogue of work will finally become useful.

With an actor, it is different. You have your playing age and style, which is constantly evolving, and you have readings for productions that are happening now. If you don’t get the part, it is immediately in the past, and so I guess in a way there is more pressure for actors on a day-to-day basis.

Please do not take this as a criticism, by the way. We are entwined in an unforgiving industry where we suffer great rejection every day, with often no support except for the belief we have in ourselves. To live through this takes a very special type of person and so we are each to be admired for our tenacity, if nothing else.

What I honestly believe, though, is that we have entered a new era, and that those who do not acknowledge this will be sadly left behind.

No longer can a writer live in a cave and churn out great pieces of work, relying on their agent to sell it for them. Instead, like it or not, we must confront the world. What we in fact need to become are writer/producers, because without learning how to promote and sell our own work, it will be drowned out by the masses of literature being generated and infiltrated via new technology.

Today, we each have direct access to a worldwide audience through the internet, so if we can master the art of marketing, the modern writer/producer is truly unstoppable.

With actors, the same is also true.

A person who is solely an actor, no matter how good, will struggle to stand out among the crowd unless they add an extra string to their bow, and this is why the rise of the actor/writer is completely inevitable.

I am a writer who has a very clear 1, 2, 5 and 10 year plan. If I told you every detail that I have envisaged for myself, you would very likely be surprised by how intricate this plan is – yet I only ever focus on the next three months of my life. This way, I ensure that all of my energy goes into the right areas at the relevant moments so the bigger plan will work.

This is not as daunting as it might first sound. All I recommend is that you do the following:-

Suddenly, and rather magically, a blueprint for success will appear right before your eyes.

You will see that, as an actor, there will be certain stepping stones that will be extremely tough to leap. However, as an actor that writes, the journey will be so much clearer. I categorically assure you of that.

Just think, what is the one thing that will always be needed in our industry? Scripts. Good writing is the most sought after thing. Everybody wants it and as an actor, you should have an incredibly strong grasp of characterisation and story, so the question I would like to pose is this: Why not write?

By writing your own material you are creating new networking and employment opportunities for yourself, and in an industry such as ours, that can only be a good thing.

About our B.A.B.E. guest writer Jody:

Jody Medland is an award winning writer who has collaborated with numerous well established names and brands.

He has not only created commercials for clients such as The Times, Kellogs, Viacom, Trident, Nickelodeon, MTV, T-mobile and SKY, and written several short films that were shown, to much acclaim, at BAFTA, but he also wrote his first debut feature film, The Adored, in 2011. Recently The Adored was signed for a worldwide distribution deal for its pending release in 2013. It has won Best Film at the Durban Film Festival in South Africa as well as earned four official selections in Wales, Poland, Germany and the USA.

His passion for education has seen him tutor and lecture at schools throughout the UK, where he has been highly praised for his contribution.

Last year Jody turned his attention to works of literature, setting up online publishing company Pen Works Media, which produced The Emerging Light Series – a project that actively encouraged new writers to submit short stories. The success of the series has led to a principle deal with publishers Dynasty Press for his first full novel.

Jody Medland is a full member of The Writers’ Guild of Great Britain and is currently developing a string of interactive learning resources through his new company, LRN-UK LTD.