B.A.B.E. decided to get the low down from a fellow actor on all things related to the hustle. Now anyone who knows me, knows I love the words networking, hustling, catching up, socialising etc. And actors should know the importance of each of those terms. But one thing we must be mindful of is how much is too much. Read on to find out more about this from the fabulously talented Danny Steele.

To Hustle or not to Hustle 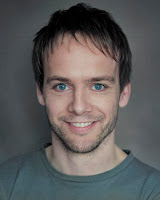 Well as this is my first blog for B.A.B.E., I am excited about the opportunity to make my point.

As actors we are naturally open (or should be) to the experience of hustling and being hustled. It’s just part of our job description. If you are serious about being an actor, then you should be serious to the idea of the hustle. What you are hustling is yourself.  You are the product, and like any product, you want to show yourself in the best possible light.

Being British I can tell you it’s not a natural thing to do for many of us and it is often frowned upon. It has taken me a long time to not be ashamed of the delicate skill that is hustling.

I came into acting later in life, via nursing, many meaningless jobs (some of them I wasn’t sacked from), stand up, radio and casting. But one thing I know is that everything I’ve done has helped me with my hustling (even the crappy job I had working for Ticketmaster before I was fired for putting on different accents down the phone to the punters).

However, there is a fine line. I want to find out about a person first before I start asking them for stuff in return. I want to know if the person will want to work with me. I want to treat them as a human before I start my pitch. Connections in our industry are tough, ultimately relying on trust and being a good judge of character. If someone doesn’t know me that well, why would they want to trust me when I ask for a job?

The expert hustler is not the one who gives their acting CV out to everyone in the room. It’s the person who makes you feel that you are genuinely liked (and there is no reason not to be liked unless they have done something bad) and encourages a relationship based on truth. People are not stupid though! Producers, directors, casting agents etc all know what hustling is. After all, they have to do it too get their jobs. But it all has to be done with decorum, intelligence and professionalism. If you want to hustle (correctly) for the long haul, you also need to remember that you are creating long term relationships, not short term wins. Don’t be a one trick pony or someone who is always just out there “to get the best for themselves”.

Hustling is, after all, what makes the industry go round – but let’s not browbeat directors, producers, casting directors, or ourselves, out of possible work though.

******
Danny Steele is an actor and writer who has performed in everything from comedy to television. He is currently performing on stage at the Camden Fringe Show ‘Other Peoples Weird Is Our Normal’ at the Camden Peoples Theatre, August 8th, 9th and 11th at 7.30. For more information go to www.Camdenfringe.com. See more about Danny here.