Why every mum (who drinks) should have a teepee

I won’t lie. I am not the mother who is going to win any prizes for not drinking, for being the perfect doting angelic parent who makes sure every single thing that goes into their baby’s mouth is organic, or who hasn’t had a little lie in…in their baby’s teepee.

Yeah that’s right. I build him a teepee (actually can I get a mummy award for sewing that bad boy over the course of a week??) and erected it a few weeks back. It’s been a huge success. Sometimes we sit in there; sometimes we play hide and seek; sometimes we read a story in there. You get the idea.

But I discovered a whole new awesome use for this teepee this week!

We got back from a little Sunday local pub visit and were playing in the teepee. Well – more like mummy was lounging in the teepee and my baby was babbling, and going back and forth from the teepee to the building blocks. Suffice to say “lounging” was more like horizontal kipping. And just like that, eventually I nodded off completely. Daddy came in, whisked bubba out for dinner, and I continued to kip – WINNING.

When I had finished off the new teepee a few weeks back I had fitted it out with a matching cloud pillow – yeah yeah I got slightly carried away after scrolling through Instagram for hours – and a few odd non matching cushions, along with Mr Dinosaur and Mini Lion. All in all, it actually turns out that combo is lush for a little post wine snooze (who knew).

And I want to say I’m sorry for falling asleep but actually I’m not. I want to say parents should never sleep when they’re babies are chillin at home but looking after a little one is exhausting and if the other parent is home, then it’s fine! When daddy is right there, it didn’t actually feel like I had broken any child laws. Right?!

Can I also just say that in the early days of having my little bubba, one of my favourite times every week was when I met up with the other local NCT mums and we had a wine at our local pub. It is okay for mummies to drink. 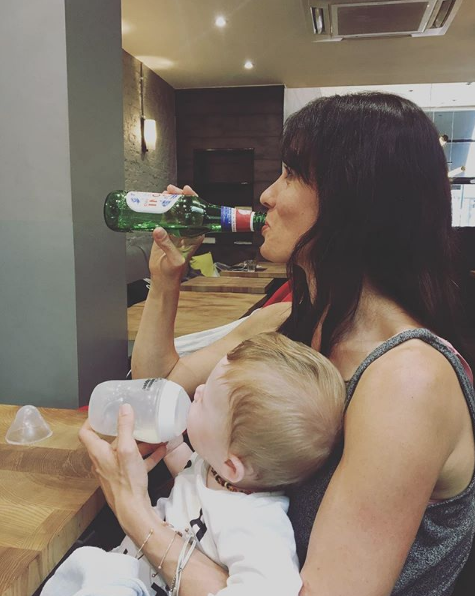 I repeat, it is okay for mummies to drink.

We don’t have to stop being us just because we have a baby. We just have to drink responsibly if we are the only one looking after our bubba, or we take it in turns with the other parent.

Blooming heck, did they think I was going to turn into muffin lady and hang on the couch nursing him and going goo goo gaa gaa all day long?

Okay, so maybe I did that quite a bit at the beginning (I still do every day I look at him and think, “I can’t believe I built you in my belly”). But I also knew that for my own sanity I needed grown up time, I needed wine time, and I needed let my hair down time. And it’s okay to feel that way. We don’t all have to want to be by our babies sides 24 x 7. Some mums want that. Some want to be stay-at-home mums and not work for the next few years. Some don’t. I fall into the latter group.

I remember a moment around the time that he was about seven months, when I broke down and confessed to a few of my best friends who are also mums, that I felt awful because I didn’t want to be at home with him every single day. I missed my acting and I wanted to work more. But I still totally LOVED him and didn’t for a second regret having him. But I was missing a part of me.

The early days of child rearing is all about the baby and the mummy (and daddy) bond. And for many mothers, we are the ones who spend the majority of time with our little ones, unless the daddy can get paternity leave or have a few months off to be the stay-at-home parent (hats off to one of my friends who did that!!).

So when I actually said out aloud to my buddies, that I was struggling with the 9-5 being with him every single moment, ohhhh my gosh, the relief I felt. Once I had said it out loud a weight lifted off my shoulders. I was so thankful that I was able to be honest and share those thoughts.

And I have terrific friends too, who supported me and listened, and said ‘it’s okay to feel that way’.

If you are new mummy, and this is especially applicable if you had a career you LOVED before the arrival of your new little bundle of cuteness, please know that it is totally okay to want to still be a grown up, and that you might be missing a part of yourself for a while. In the early days I didn’t mind. But after a bit I started to really feel jealous that my partner could so easily step away from our little baby and do his job. And be away for work when he needed to and be okay (he totally missed us, but he was okay). But for me, stepping away from him – even for one day – came with feelings of guilt and shame.

I now realise that I don’t have to feel that way. And I don’t!

And you don’t either!

Oh and back to the drinking business, I also don’t have to feel guilt or shame at having a snooze in a teepee. Like I said, I ain’t winning no awards anytime soon for being mummy of the year. Hell no. I’ll save that for those legends on Instagram who make it look like they have a television show, they’re so good at it. 🙂

But finally – if you do decide that you want to have a wine and then snooze in the teepee, it is important that safety measures are taken. We don’t know what these mini brats will get up to if we do dare to snooze alone for more than a millisecond. So being the good blogging girl, I include my list of do’s and dont’s for careful teepee snoozing in the future: 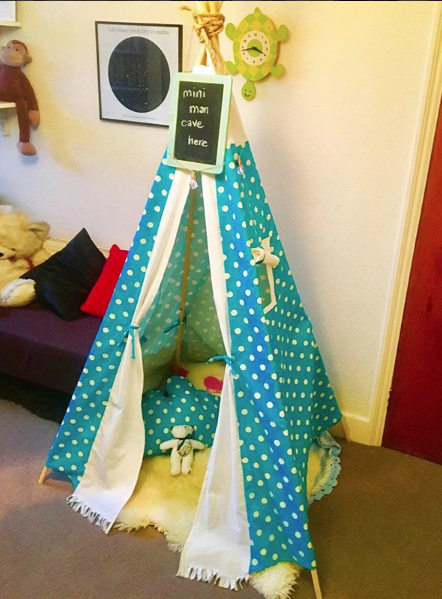 So for all your future teepee sessions, remember – snoozing in tee teepee, post a Sunday wine, is always acceptable when both parents are home (oh and he was doing dry February so it was really just me being a booze hound – HA!).