“Well I just graduated from desperate school and would like nothing more than to be a BIG star…you know like a really BIG STARRR.”

Perhaps it would be more apt to call it the “Overnight Success Syndrome”. 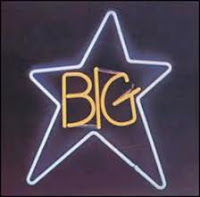 In an industry like ours we will all come face-to-face at some point with future Paris Hilton wannabies (let’s call them PH’s). A number of actors forging their way to a full time career are all too consumed with the notion of immediate success – they become addicted to the idea of it. It’s like a lollipop they want to lick for eternity as opposed to chasing the thrill of doing what they love.  True actors aren’t on a reality TV show pitching their blonde moments to the world.  True actors are working on their craft every week, they’re rehearsing for their next show, and they’re learning new monologues for their next big audition.
And when I think about the PH’s of the world I don’t even want to imagine what it’s like to be a casting director…..
Casting Director
Hi. And why do you think this role would suit you?
Actor
Well I just graduated from desperate school and would like nothing more than to be a BIG star…you know like a really BIG STARRR.
Casting Director
Brilliant… we’ll be in touch!
Urgh, I’m bored already.
And then we have the next phenomenon that is sweeping the nation.  Social media. Tweet tweet tweet so I have a million friends. Or hey I’ll just buy my followers in units of 1000.
Is social media helping at all with the “Overnight Success Addiction”?  Possibly not.  The other day I had to read about 3 chocolate bars one actor had consumed (my fault for following I guess).  Can social media be a good thing? Absolutely.  You just have to learn how to use it as a tool to accelerate your career rather than causing irreversible harm (and less followers). Talking about a chocolate bar may not be an issue, but other things you tweet about can be used against you. Remember the well known casting director who tweeted about her auditionees while auditioning them.  She had to make a very public apology after that faux pas.
It is very important to step back and find out why and how we use Social Media tools, why we chose auditions and roles, and how we avoid getting caught up in the idealistic mentality that it’s all about becoming an overnight success.  It’s not. It’s about you progressing week by week by carefully choosing better and more challenging roles that allow you to build your showreel, your CV and your acting credibility.  PlayBills vs Paying Bills is a wonderful blog that shares weekly insights into all of these things.
And how do you deal with the constant influx of little wannabies who flutter in on Dating In The Dark, Big Brother and Celebrity Whatever-it’s-called? You don’t. It’s as simple as that. You aren’t up against them. You are a talented brilliant actor who has chosen a path that does and will take time to progress. Overnight success is not an option…just ask Geoffrey Rush. I’m pretty sure he can attest to the fact that it’s a looong journey to the top.
Have you ever taken time out to read the bios of your favourite three actors?  It’s amazing finding out what they did to get where they are now.  Even the internet is a major source of information if you cannot afford to buy their books.  Find out what their secrets weapons were. I can almost guarantee right now that their successes have nothing to do with the any Overnight Success Addiction.
And while you’re at it, check out Bob Fraser.  His weekly emails and his E-books are incredible.  Surround yourself with advice from talented, gifted and proven artists.  You know, the ones that do it the right way. 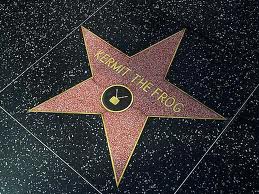