In the interests of transparency

In the interest of transparency ALWAYS with my clients, my readers, my friends, I would love to share a story.

For most of this year, I’ve had “other jobs”. It’s frustrating as hell. But I’m with baby (yay), albeit in my belly, and it’s limiting the number of castings my agent can submit me for, and the work I can be directly offered. I’ve been fully transparent with anyone who has approached me with roles and let them know how far along I am, and if I’m showing, but I’ve definitely lost work. It’s just part of the (future mum) job. I knew that this would happen for a wee while as soon as my belly got visible.

So this has meant I’ve taken more “other employment” this past year than I have in many years. And that’s okay!

And it’s okay if you have to for other reasons too. It doesn’t have to be just because you’re having a baby, or your mum is sick, or you’re paying off a student loan. It’s about survival.

I am no less an actor because I have to take a different day job here and there. Plenty do. It doesn’t detract or demerit me, the actor, unless I allow it to. 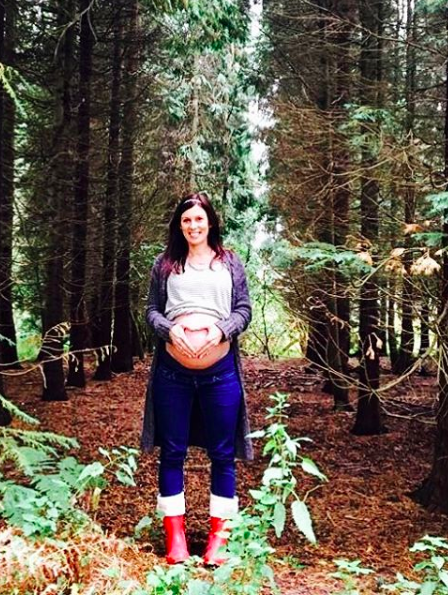 I was on set last week and a very young actor asked me about my career and if I did it full time. I responded by saying yes! I said on the most part, and when the work is there. He smiled and nodded and said wow, that’s cool. He’s only 18 and right now he’s at the point of deciding if he wants the highs and lows of audition after audition, rejection after rejection, job after months of no job.

I didn’t need to go into a lengthy conversation with this lovely kid about the hours I do freelancing, what that entails, and what I do around that. Not because he wouldn’t have listened earnestly, but because I didn’t for me.

I am okay with having to work sometimes in other work. I don’t like it, and in fact it makes me frustrated as hell when it’s not my passion, but it doesn’t take away from me being a working actor. My mindset doesn’t change! I’m still an actor, even when I’m not on set for a few months (thankfully I usually am within a few months..or in a Voiceover booth).

You’ve got to own you right of passage as an actor, director, producer, writer, creative type. You’ve got to decide what’s in your creative armour toolkit that can help you survive and stay focused when it gets hard.

In the meantime, while we (baby daddy and I) ready ourselves financially and emotionally for the arrival of bub, I can focus on other acting work that will enable me to get back into full swing later. I’m working more on my short film and feature filming writing than ever before. I’m happily blogging, I’m scheduling in more time with mentoring clients.

The point is, those frustrating as f&@k day jobs are not going to get the better of me. And I refuse to be labelled as anything but an actor.

So where are you at with your own labels? How comfortable are you with your own success? Do you own your acting wins? What’s your results driven processes for coping during the downtime? Are you using a gratitude diary? Have you found your zen thing?

You’re an actor when you say you are!