A message from my pre-mummy self

Since becoming a mum, so many things have become clear that I had no idea about before. There’s a love I know that is fierce and fast. There is frustration I know that is quick and crazy. There is serenity that I know, only when they’re asleep. And there is a dependence that I know, that I never understood could even exist before.

If I had the chance to write myself a letter, knowing what I know now, before I became a parent, this is what I’d say.

Congratulations on becoming a mum. Well done you for being brave, and making the choice to have a wee bub.

There’s a few things you really need to know.

First up, let’s get one thing clear.

Sometimes your toddler is going to eat crisps as a full meal, and you’re just going to have to let go and say “hey, they ate some potato. That’s a vegetable.” If you chastise yourself every time they miss a well rounded meal, I’m pretty sure  you’ll be a wrinkly old prune by the time they’re four.

It’s okay to love them when they’re asleep and be frustrated as hell when they’re awake. They’re designed to be cute so we still want to hang with them the next morning. It’s like kittens. They’ll terrorise your house, poo all over the place, and generally wreak havoc on your expensive furniture, but when they smile that beaming smile, your heart turns to mush.

There are going to be days you literally can’t get out of bed from exhaustion. Sleep deprivation in the early days is a killer. Reach for a coffee, grab a cookie, hug a chocolate bar. No one is judging you and nobody cares. After you’ve pushed that out of your vagina (or equally undergone the major surgery of a C-section) you deserve to eat whatever the hell you want to survive.

When the two of you are having a “long day”, you’ll be craving that glass of wine like crazy. But remember something… They grow so quickly that those long days are going to be the thing you’ll lust after later, long after that glass of wine. A wise person once said, ‘the days are long but the years are short’. When suddenly he’s two, you’ll already be fretting about where his baby days have gone. Try and enjoy those long days while you have them. I’ve heard rumours that by the time they’re a teen, you’ll barely get a look in.

Encourage play, encourage cooking, encourage chitter chatter, encourage dance. You can’t teach a tiny human enough about creativity in a world that is desperately trying to dampen our spirits. Right now we need all our tiny soldiers to embrace love and art and culture and dance and song. It’s also going to make for a magical and well rounded grown up later on.

You are going to yearn for your grown up days and then have terrible pangs of guilt that you’re a bad parent. You’re not. Evolution and city living has created a change in the way we raise our darlings, and sometimes we are far away from the ‘village’ that it takes to raise a child. And with this cultural shift, means you don’t always have grandma or your siblings to help with the family duties. And you won’t always have billions of dollars or pounds to afford child care for every party you wish you could go to. There’s a few things you must promise me you do. 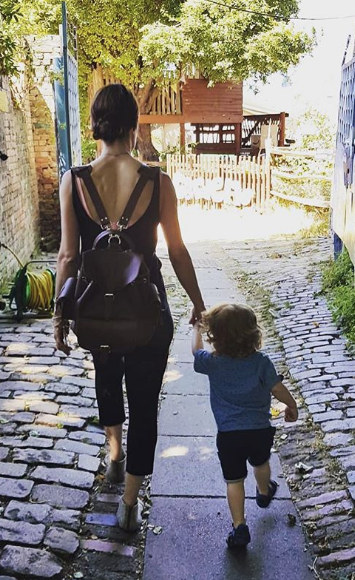 Schedule time for you, even if it’s just to have a coffee and read a book, while bubba stays home with dad. You need to retreat away sometimes.

Go out with the girls and have a wine in the first three months and do get tipsy. It’ll help you settle into your groove and realise they are actually okay when we aren’t with them 24/7.

Lock yourself in the bathroom and have a cry anytime you feel like it. Hell, cry in public or in the park if you want to. Wherever is your safe place. Tears help us heal, and tears are a reflection of just how hard it is to raise a tiny family.

Make sure you still have something in your schedule that YOU love. Something that’s your sacred thing. I know you love rock climbing, so if there’s any way you can pop along even once a month and climb with your girls, do it! Your body will thank you later too.

If you do those things every once in a while, it’ll help you feel less guilt and truly remind you that you’re a better mum if you’re still you. Your baby needs your everything right now, but equally, you’re still a woman, you still have a mind and body and soul that deserves grown up time, and conversation, and humour and affection (that isn’t always from tiny sticky hands). You are allowed to yearn for adult stimulation and you’re allowed to miss your grown up life. Not everyone was born to be a stay-at-home mum and live a life committed to solely breastfeeding for two years. You get to make your own choices for your family, and you should be OK with it.

Try and love your partner even when you want to stick a fork in their forehead. They really are going to be a jerk most days in the first three months. They’re programmed to be (or is that your hormones??!! ha ha). And they will use some nonsense lines from time to time about how ‘tired they are’. Try not to dream about castrating them at that point. You might actually want some magic time again one day in the future – when your vagina has recovered (you won’t want to look down there for at least three months!). Remember why you fell in love, and remember how they make you feel when you aren’t tired, covered in baby food, and smelling like stale milk. They love you unconditionally, and they’ll wonder constantly in amazement at the fact that you were able to bear a child at all. And later, you might actually want to get frisky again…no really, you will!

Finally, if I could just recommend one more thing. Go easy on yourself. We are programmed by design to see flaws and not the treasures. We forget that it’s incredible that we can grow a baby in nine months and then provide them with everything they need from milk and immunity to cuddles and smiles. You are a goddess. You are truly remarkable by design. Love thy self daily. Care for thy self daily. Go easy on thy self daily. If you lose your cool sometimes, that’s okay. Even Christian Bale has bad days.

Oh and for you the acting mummy, you’re gonna take that baby to so many auditions before they’re one, by the time they hit one, you’ll be a seasoned pro. Don’t worry one bit about doing it for the first time. Casting Directors are amazing with new mums!!

p.s. they think your singing is perfection!! (wink wink)

Yeah…if I had written myself a message, that’s what it would have said. 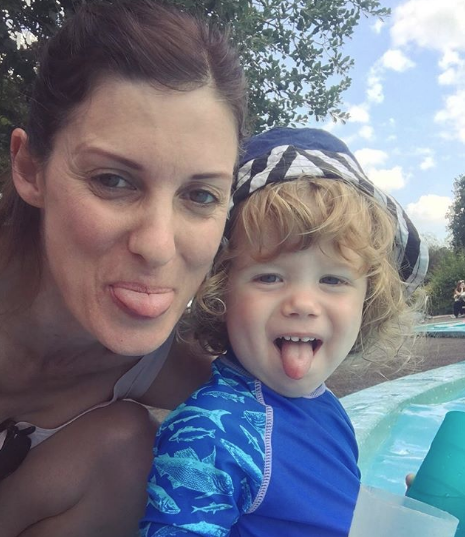