I think it’s always important as an actor, and more importantly as a mentor, to be completely transparent. And today I want to chat about epic fails. Epic fails of the life and baby and acting variety.

I have been struggling to keep up. 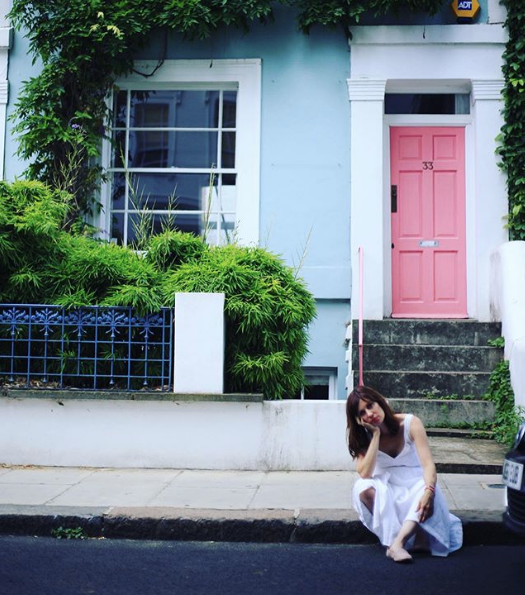 I always considered myself a doer, rather than a gonna, but recently I’ve absolutely struggled to do everything I said I would. I even had to apologise to a client for being late coming back with notes and that’s so unlike me.

When the going gets tough….

“Apparently” the lyrics tell us “the tough get going“ (if you’re old enough to remember that song!). But what do you do when you simply can’t? What do you do if you’re just too tired, too broken, too down, too shattered etc? You can’t always just toughen up and keep going. And sometimes that’s the exact opposite of what your mind and body need. Sometimes you just need to stop.

Stop, in the name of love….. (I really could sing my way through this blog post.) Ha. Okay I’ll stop with the 60’s and 80’s music references and get back to my epic failings.

I don’t always push my mentees to keep going hard. In fact, I do quite the opposite – as should you. I am the first to recognise when they’re attempting too much, or their goals are too widespread, or they’re lacking focus because they’re concentrating on too many things at once and it’s messing with their minds.

But rarely do I take stock of my own acting business and what I have on. And at the end of the year I hit an all time crazy period and it was just too much! I came down from a very high height and I crashed. And in the interests of sharing, I’m here to chat about managing it all! Or NOT managing it all, as has been the case with me.

See I got myself into a terrible tizz. Granted I was pregnant with baby number 2, and that was always going to make me tired, grumpy and full of chocolate cake, but I never anticipated how life would change, and how frustrated I would become.

With baby number one, I felt I could manage. I had a good sleeper and he quickly moved into model baby mode, casually sleeping 3 hours a day during the day. I could do my voiceovers at home, and various other actory things, and then spend quality time with that bundle of cuteness the rest of the day. And as he got older, I would move my schedule around his, still managing to audition, book work, take on acting clients and even continue writing blogs.

But then at the end of last year while heavily pregnant, I decided it would be a good idea to make a film, run a film festival, have a baby and move house. ALERT!!! ALERT!!!

I am not even kidding. Even as I type that I realise how bloody stupid it sounds. Why would anyone in their goddarn right mind even consider such stupidity! I actually think it’s the most ridiculous few months I’ve ever had outside of final university exams. And after it all finished and I had the baby and moved house, I swiftly fell apart. And since then I literally haven’t been able to do a single bloody thing – apart from keep my kids alive (phew).

The second baby takes everything you have. They are wonderful, yes. But they are also milk and time sucking vampires who don’t let you put them down for a moment. And whilst I love my kids (no really I do), I am also a woman who needs my own time, space and career. And hence the epic crash that hit me so hard, I think I’m only just starting to surface, as baby two comes around to being nearly three months old.

I have had to give into mumhood completely and abandon my New Years goals of smashing out lots of epic blogs, writing a new acting course and completing draft 10,000 on my feature. I barely do much more than make a coffee in the morning, and put formula in my cups of tea and tea in my cups of water. The mum slog is real. And ambition has had to take a side step to the reality of raising tiny humans. And I find that really hard and sometimes really frustrating.

But here’s the thing. Along with less time than ever, and an eternal wrestle with going to bed early over catching some quality time with my better half (and all the Netflix shows I am desperate to watch), there are some upsides to not being able to do what I want, whenever I want.

Suddenly I have to have steely focus like superwoman to get things done in record speed; I have to say no to things like casual coffees just for the hell of it (it means if we do have coffee I rooooolllly like you. A. LOT.); I only do those things that will actually get me to achieve my goals, rather than phaffing about with maybe this and maybe that; and I know exactly what I want!

Did you hear that? I know exactly what I want. Ever want something done well – they say you give it to a busy person. I say, give it to a mum. Chances are they’ll do it twice as fast as anyone. Watch a mum (or dad) at a casting when their kid is waiting for them. On it like a rocket!

Anyway, after the house move I had a day where I just burst into tears and wanted to throw myself on the bathroom floor for a few hours and sob. Eventually I got it together and I let my inner self know it was okay. Failing and falling apart in equal proportions was okay. And it is okay!

It’s okay that I’m only human and I can’t do everything.

It’s okay that I mostly do things at a basic level, and anything requiring clever analytical thought probably won’t be done for months to come.

It’s okay that I’m not nailing parenting every day. Kids are resilient.

It’s okay that I put the TV on sometimes. Those dishes won’t wash themselves you know.

It’s okay that sometimes I take days to reply to whatsapp messages and emails. If people like me, they’ll wait.

It’s okay that I’m not even brushing my hair 5 days out of 7. No one in the park will care.

What’s not okay, is beating myself up a million times about the lack of sh*t I’m getting done and how pathetic I am for it. It’s not okay to give myself grief about enjoying a glass of wine after an exhausting day (and yes I am breastfeeding my baby!), or that I now eat more cake than Amy Adams baked in Julia and Julia.

And this goes back to the title of EPIC FAILS.

As 2020 rocks on and you start full of beans and ready for a new decade, give yourself permission to fail. Give yourself permission to be mediocre sometimes. Nothing annoys me more than disingenuous quotes or memes on Instagram about how blissfully happy humans can be just by imagining it. I’m the first to realise that meditation and gratitudes go hand in hand with actual hard work. Not a bunch of selfies at a hipster cafe. Nope! Be mediocre if you need to be. Have a pyjama day if you know that’s going to get you out of the rut you’re feeling stuck in (unless you have toddlers and then it might just have to be an episode of Bitz and Bob, or Frozen for the 50th time!).

I am not suggesting that you now have an excuse to be lazy and not do the things you said you would, while feigning tiredness from staying up till 3am binging on Netflix. I am just suggesting that if you’re struggling, as most of us do and rarely tell others about, it’s okay. And if you try and you fail, you will be okay. When you feel strong enough, just get back up, brush off those war wounds and try again.

And right now you’ll most likely be in the thick of it with setting goals and acting planning. It’s a new year (a new decade even) and it’s time to get your goals on. This is the time when we promise ourselves that this year WE WILL BE DIFFERENT and even better than the previous years. This year we will smash those goals we have put on our to do list year after year. This year we WILL conquer all.

Auditions will be tricking in and everyone will have that glimmer of hope in their sparkling actor eyes.

And you’ll be reading all of your favourite bloggers and they’ll all be shouting about goals and what to do and how to dissect your business and life and get it all down on paper, and it makes you dizzy with excitement and terror in equal portions.

But I’m here to suggest otherwise.

It’s nearly the end of the first month of the new year. It’s so freaking early in the year that old Christmas trees are still lying on the ground of London pavements waiting to be collected. Hell, some humans aren’t even out of holiday mode it’s that early in the new year. So I say give yourself a break. Take a well needed rest and instead of frantically putting pen to paper and trying to reinvent your resolutions why don’t you spend the next few days checking in with yourself on what went well last year. Where did you smash it? What did you love? Why was it so fantastic? If you’ve read CREATE you’ll know all about this exercise as it’s one of the opening exercises in the book.

I want you to consider doing this because you can’t realise your goals fully and truly if you haven’t looked at the previous year(s). What you earned before matters; How many auditions you had last year matters; How many wonderful jobs you booked matters.

For the remainder of this week and weekend, set yourself some time to go through what you’ve done so far in the last decade. Don’t set your goals yet (unless you already have). Breathe and relax. Take time to really take stock of your circumstances and life right now. And then in a week’s time, upon reflection, you’ll be all set to go. You will know what went well, what you loved, what kept you feeling amazing about 2019 and how you want those important things to help shape your 2020.

If you’re stuck, hit me up! I’m really good to chat to at about 3-4am while I’m breastfeeding my newborn (wink wink).