When he was under one, and even to this day, I would spend a lot of time in cafes…have done since he arrived. At 10-12 months he was usually jumping all over me, giving neighbouring customers flirty eyes with his wicked baby smile, and generally being crazy. He’s a baby. It’s cool. That’s what babies do. And while we hang, it does give me thinking time. Time to take the world in, often without phone devices at my fingertips (that can only be a good thing right!).

*Also I just want to note that today’s post isn’t really about acting. But the next post I post in Acting Mummy will be about this topic and will be very relevant…so stay tuned.

Today I reflect. I reflect on that time when I was pregnant. That fear.

Moment to moment, during my pregnancy I feared something could go wrong even though I would try desperately to put it out of my mind, almost daily, sometimes hourly.

I started spot bleeding one day while in a freelance office job. I didn’t leave as and when it started. It was such a small amount, barely anything. But what I did do was count down the seconds until I could leave an hour later.

I called my partner and asked him to meet me at the hospital. And just like that he speedily zipped over to be with me. But by the time I was by his side I was a nervous wreck. I felt like something was wrong. Fear gripped my body like a storm about to hit a flimsy tent. Only this time that flimsy tent was me.

I was terrified. “Please let it be okay.” I whispered to myself. I could feel my skin prickling in fear. I even texted my best friend who was pregnant at the time, and she replied with a warm text about how everything would be fine.

What followed was a painful wait in the early prenatal waiting area of the hospital for a space in their schedule so I could have a scan.

Within a few hours the stenographer uttered four words to me that I came to hate more than anything previously said “I’m so sorry Angela“.

Within a few hours the stenographer uttered four words to me that I came to hate more than anything previously said “I’m so sorry Angela“. Part of me broke right then and there. I didn’t need to hear anymore. That fateful day I lost my first. Just four days shy of my official first trimester scan.

Miscarriage isn’t talked about enough. And the mental and traumatic experiences we go through in dealing with it all definitely isn’t shared nearly enough. In fact I would go so far as to suggest it’s not actively encouraged to be openly talked about, and that is the core problem. The sense of loss is huge, as well as the guilt and fear and sadness that is attached to it. And when we share these feelings we come to know that these feelings and emotions are completely normal.

The other thing I found in the following weeks of grief was that it isn’t until we share it, that we find out that many of our friends have experienced the same, we just didn’t know. In my tightest circle of girlfriends I now know six friends who have had a miscarriage (and one stillborn). And that’s just close friends who are or have been trying to conceive in the last few years. The numbers are staggering when you look at the statistics (I believe it’s one in three pregnancies – not even one on three women!). So why we aren’t talking openly about it is beyond me.

But what is more staggering are the feelings that come with the loss. I always say to friends who have experienced it that’s it’s the only club that I wish no more friends were ever to join. It’s the shittiest club in the world.

I’ve always considered myself to be the kind of upbeat happy lady who sees life as this wonderful magical place. I am not easily weighed down by the small things. Not that pregnancy is a small thing. Of course it’s not. But I didn’t expect to be quite so affected, or for it to take quite so long to be okay again.

And herein lies the crux of it. That loss left me completely and utterly spent. That miscarriage was the worst thing I have ever experienced. Far greater than any other experience or loss I have had to overcome. And that happy go lucky girl was nowhere to be found, for months. And no one ever shares this shit. I sat at home in tears thinking I shouldn’t have eaten that piece of biltong, and I shouldn’t have gone rock climbing. And I definitely shouldn’t have ridden my pushbike.

In reality, none of those things mattered. It just wasn’t a healthy foetus. It was nature doing its thing.

Every time I saw a woman on the tube wearing a Baby Onboard button I wanted to punch her in the shins I was so sad (true story – and I am the least agressive girl in the world). If I saw a pram coming towards me, I would busy myself on my phone or look the other way. I was so fucking devastated. I literally couldn’t breathe at the sight of another mum.

The morning after that scan, my partner stayed over at my little studio and cuddled me while I cried. The next morning he came downstairs to me wracked with tears, a blubbering mess. I literally couldn’t speak. He just embraced my trembling body and let me release the sadness. And then he had to leave the very next day for a filming role, so my best friend insisted that she was coming over for a sleepover and she wouldn’t take no for an answer. She is a legend. She is my hero. That day, she was my saviour.

And where does this leave me now?

Well I’m one of the lucky ones. I got to have a wee baby just a few years later.

As I reflect on the second pregnancy, I remember the fear that came with it every single time I went to the ladies for eight months. I feared that I would see spotting again. I was terrified that it might happen again.

And that’s exactly what did happen. At 5 weeks I had spot bleeding again. It was a fucking roller coaster ride, in the worst possible way. My partner met me at the same hospital again. We trudged back to the same prenatal unit. We waited in the same foyer. Only this time he waited outside when I went in for my scan. I don’t think he could bare it. And I don’t blame him.

I’ll always remember the relief my partner said he felt when I came out and I wasn’t crying. I didn’t know what would happen. It was too early for a heartbeat. But at least it wasn’t the end of the pregnancy.

During that second pregnancy, the successful one, in total I had to go back and see the the sonographers over seven times in the first 15-20 weeks. I had multiple bleeds and they all ended up being totally fine, even a massive one that happened the day I was flying out for an international flight. What an epic stress!

Sadly once again, you rarely hear about bleeding during pregnancy being okay but it turns out that it does happen to a bunch of women. I won’t say loads, and I won’t say most. Just a lot. It would be so helpful for women to know this. To know that colour of the blood can help work out what might be happening, and just that it’s not the end! We just don’t know enough about our bodies do we?

So my story of pregnancy number two ends with my last bleed happening around the 20 week mark, and then it passed. The rest of the pregnancy was calm and relaxed (if you can call growing a human in any way relaxed), and all went well, even during the birth.

But let’s end on a high, because I don’t want to be a Debbie Downer. I recall at about the seven and three quarters month mark, deciding to go second hand shopping for a change table. By this stage I was feeling more confident that the baby was okay and I could bravely look for nursery items. I had been spending some time restoring furniture for fun, in the second half of my pregnancy, so I decided I would find a cool old piece of furniture and restore it. I’d make a home-restored designer baby change table.

I came home that day with a wine rack! HA. Wonder what was on my mind 🙂

And if it’s happened to you more than once (and I hope it never does again my fair lady!) then know it is safe to share that you are pregnant to close friends before 12 weeks. If you would talk about a miscarriage to said friend, then tell them so they can be supportive in those first 12 weeks. Friends make the weight we carry so much lighter.

To all the mums out there who’ve been through this, I send you my light and love. I get you. 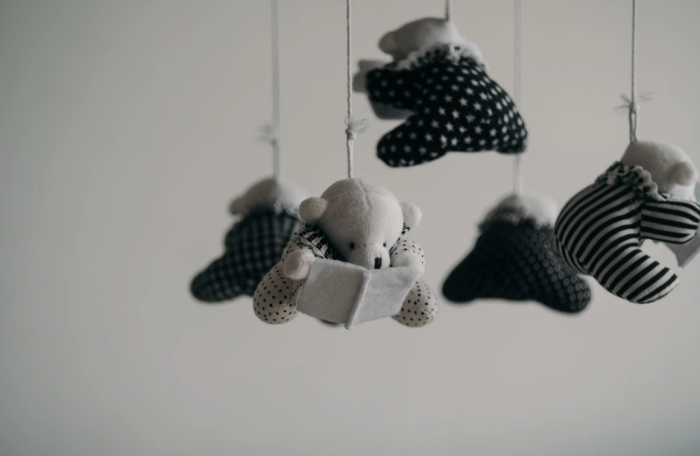