Earlier in the week I was delighted to share with you a guest post from Paul Barry about showreels and the do’s and don’ts – as part of the actor branding series. I am now back to share Paul’s second blog on following on from this very topic. And in case you missed the first one, it was here.

Showreels For The Twenty-first Century – Part Two (Making the Cut) 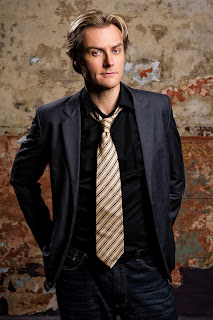 Despite the conflicting advice you may hear from professionals on showreels, it is as not that complicated. Simply put, a reel of existing material would do well to:

1)start with your absolute strongest piece of acting (ignore production value and subject matter altogether), with yours as the first face to appear on screen

2)move quickly to the second strongest piece, with the whole reel concluding in less than three minutes, but preferably, two and a half

4)cut it together with no more than 30 seconds for each piece. Sometimes 10 seconds is fine, but anything less is not worth putting on the reel

5)do not create a montage. Although the odd casting director (CD) may say they ‘don’t mind them’, no CD I’ve ever spoken to about reels has ever lamented the lack of one. I have heard too many agents and casting directors joke about them to advise any of our clients have them

6)your voice should be heard within the first few seconds of the reel and not only should your voice be clear, it must also sound like you will sound when you walk into the casting director’s office or studio and say hello (in the first and last scenes at least)

7)do not include footage from a stage show or your singing or dancing, unless they have been shot and mastered specifically for screen

8)do not put your name and headshot at the head of the reel. This creates the most incredible debate amongst actors, but it is an outmoded and redundant tradition. You’d do well to avoid it. If your reel is online, where are you hosting it? Youtube, Vimeo, online casting sites? Don’t these places all have your name plastered at the top of your profile and under the embedded video, with all your (and your agent’s) details? If not, they should be.

9)do not put your agent and their contact details at the end. This is another outmoded tradition. When was the last time you paused a video online to take down a name and number? Probably around the 4th of Never. When there is no direct link to take us to the agency website or contact details, the 21st Century uses its two best tools: copy and paste.

And finally, it is important for you to understand that:

10) you are not always the best judge of your strongest piece of work, and I’m sorry, but neither are your friends. Choose one harsh critic with good standing in the film and/or TV industry (no, not a stage director or teacher) and have them tell you which order to put your work in. Then, stop asking for feedback and start sending it out

I could write several blogs on exactly why I offer you these ten pieces of advice, but it would take a lot longer than this. Feel free to contact me and book a session to discuss it on Skype, at ‘acting4camera’. Otherwise, leave a comment requesting more information and perhaps Angela will invite me back! ☺

Part One. In case you missed it:
Showreels For the 21st Century – Part One (Making the Choice)