There’s a lot to be said for an excellent reel. Just like an excellent headshot, an excellent showreel can get you into a room as a relative unknown. It can also stop you ever being seen if it’s absolute sh@t. So it pays to get it right.

To get advice on what to put in your showreel, you’d literally have to go to every casting director workshop being offered and tailor make a showreel to suit each and every Casting Director’s (CD) preference. But let’s face it, we don’t have the time or likely the kind of funds to be able to manage that.

Instead of forcing you to attend a million workshops to find out the answers yourself, I’ve put together a list of some of the most commonly mentioned answers to questions raised about reels, during a CD talk or workshop that I’ve attended. And remember – to help with proving that I can add proper value (you know kudos points and all that) – I host the UK Actors Tweetups monthly so it’s common for showreels to be brought up in those Q&A’s. And over the years I have interviewed dozens of Casting Director, and industry folk who make casting choices. So I promise I’m not making this showreel stuff up! *insert wink face. HA.

So without further ado, here are some things to consider:

1. How long should a showreel be?

While they can vary in length, most recommend you can display your best work within 2-3 minutes max. The only reason to deviate from this is if you’re pretty established and have a lot of content you desperately want to show off. And even then, if you’re that well-known, will anyone be looking at your reel? Would they need to?!

Long showreels of 4 minutes + can be considered slightly indulgent and really don’t give the Casting Director the best punchiest meatiest bits of you. Show them less, tantalise them with your incredible acting chops, then have them call your agent (or you) to get you in to audition! It’s that simple.

2. What about a montage?

One resounding comment that all CDs seem to echo in showreel discussions is don’t include an montage. They really are so dated and really really really unnecessary.

But if you absolutely can’t live without a bit of you doing various poses looking longingly towards or away from the camera, then shove it at the end. Most will have switched off watching your reel by then anyway (sorry, I’m just being honest). 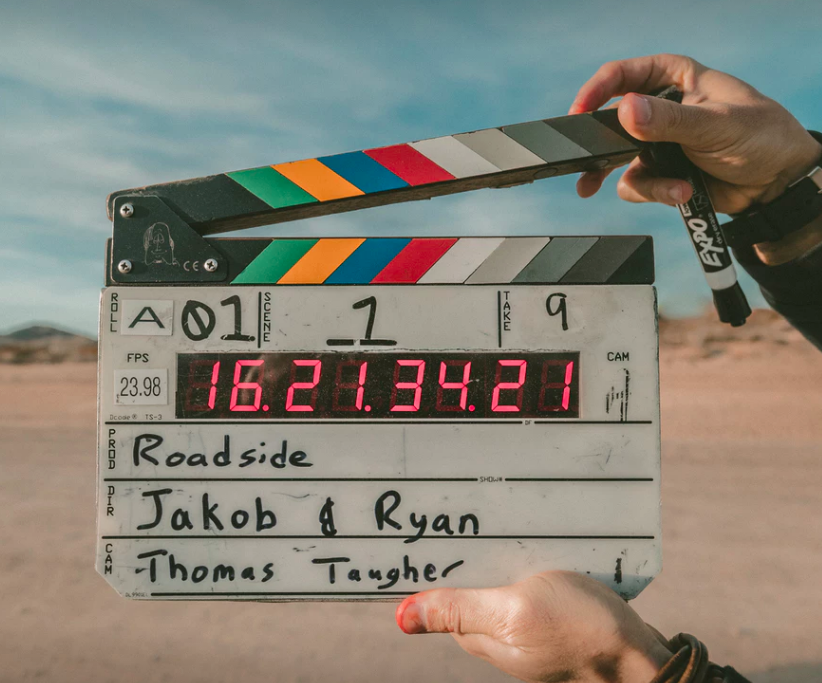 This is such an interesting question. Some CDs will say never do it, we can totally tell. But I beg to differ. When I first arrived in the UK I only had two showreel pieces on a reel. And both were from a production company that specifically made reels for actors. Most of my work prior to that had been commercials, or theatre, and a handful of earnest but crappy student films that I never received copies of.

Those two showreel company pieces got me into the room for at least a year here before I had more footage from the UK to add to my reel. AND….one of those pieces is still on my reel today! SHOCK HORROR GASP. Can you guess? (<- click guess to see it)

My gut feel is if you spend the money on a quality showreel company, you will get quality footage that will look like it’s from an actual film or short. And that is excellent. There are some great companies out there to choose from so do your research. A blog on companies alone could take all day. There are also some disappointing ones that don’t do what they say on the tin. So always ask for recommendations, and always look at a selection of their previous work before forking out hundreds of dollars or pounds to make one.

4. Should you use a Spotlight ident – UK relevant question?

If you don’t live in the UK you can ignore this one.
In my experience Casting Directors are divided on this. Some say if you don’t have any footage, then they don’t mind seeing them. Others hate them and say they’d rather you wait. So only you can decide.

If you and I were working together (cause I mentor actors and stuff), my recommendation would be to leave it, and instead write a very short short short (did I say short) 1-2 page short film with a beginning, middle and end. Jump onto Shooting People and find a Director and sound person and shoot it over a weekend. That one scene would show you off more because the CDs can actually see you acting….and isn’t that the whole point of a reel? To act!

5. What if there’s a really well-known person I acted across but I don’t say much – can I include it?

Yes of course you can. But do you know what Casting Directors often say?….they always mention that when actors do that, they are so busy noticing the huge star because the piece is about them, that they switch off watching you. So lets be honest, your Spotlight or Casting Networks CV can tell them your awesome credits, and you can leave your showreel to show off THE BEST BITS OF YOU. Or shove it at the end if you have to. Save the pieces that best demonstrate you can act.

Wow, I keep bringing up that acting thing don’t I 😉

6. And finally, do you really have to update it all the time?

Yes you should. And here’s why.

People actually leave their reels for years and some even keep stuff on there from about 10+ years ago that looks nothing like them. Be realistic. If your headshot has to be updated, so does your reel. You don’t have to update it too often. But I think every two years is a good amount of time to invest in an editor or showreel company to get a new cut done on your existing reel. Hopefully in that time you will have also done some more work that you can add in there too.

So there you have it. 6 tips to a perfect showreel.

And if you want to get even more industry expertise, check out our guest blogger, Paul Barry’s double piece a few years back on showreels. It’s still incredibly relevant and on brand right now for actors everywhere.

Showreels for the 21st Century – Part One and Part Two.

Next…why not read How to Be a Voiceover Artist.